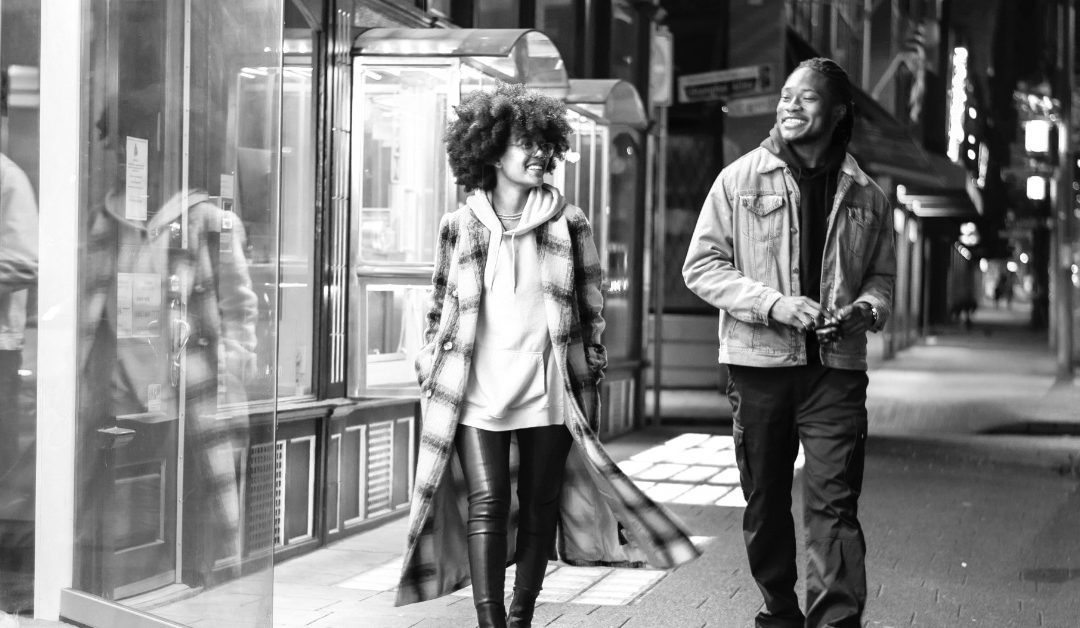 Are you out here on the dating scene without a clue about the language? I don’t know if you’ve noticed or not, but in the last few years, the dating culture language of love has morphed.

Instead of being called, “love of my life”, you’re called “bae”. And instead of someone being upfront about a breakup, they just disappear.

If you’re not careful, you’ll get left behind, which is why I’m coming to you with 8 new dating terms to keep you “in the know” with dating culture.

Some of the most pivotal moments in your relationship will come down to knowing what these terms mean. Otherwise, you’ll find yourself spending another evening all alone trying to figure out what happened while watching reruns on Netflix.

This has nothing to do with the phrase, more cushion for the pushin’. Nor does it have anything to do with making the relationship more comfortable. At least, not for both parties.

It’s actually a self-serving term (as you’ll see in most of these phrases). In dating culture, “cushioning” is when the person you’re dating has other relationships going, padding their prospects just in case the one between the two of you doesn’t work out.

You ever heard someone say, “Don’t feed a stray or they’ll never go away?” Well, this is kind of like that. Breadcrumbing is when you feed someone tidbits of attention here and there, just enough to keep them around, even though you have no intention of taking the relationship anywhere.

And in roll the dating culture acronyms…

FBO is short for FaceBook Official and refers to when you and the person you’re dating are ready to let others know about the relationship. You start to post online pictures to your profile(s) of the two of you hanging out. You even go as far as to change your relationship status.

Basically, this is when someone pulls a Houdini act. One minute you’re talking every day, and the next, they’ve vanished without a trace.


Pretty much the person is no longer interested, but they didn’t see the need to let you know.

After you’ve been ghosted, beware of getting haunted. Haunting is when the person who ghosted you in the past, decides to show back up. They’ll do things like start following you on Instagram, liking a picture on your Facebook page, or doing some other random act.

This classic term means Friends With Benefits. And, it’s when the two of you are just in it for the casual sex—no strings attached.

Have you ever been in a situation where you weren’t sure what the two of you were doing? Maybe it’s an official relationship, maybe it’s heading towards a relationship, or maybe you’re just FWB. You’re not sure because it hasn’t been clearly defined. DTR is short for Define The Relationship.

If you’re thinking about sports, you’re on the right track. This is when the person you’ve been dating keeps you on the “bench” while they explore their other options. Usually, if you’ve been chatting with a person on social media or via text and they avoid meeting you in person…you’re getting “benched”.

Cuffing refers to the period in the year when people tend to partner up for the winter as some kind of “dating hibernation”.

You meet someone and hit it off. What comes next is a whirlwind honeymoon period, followed by inconsistent behaviors that leave you questioning the relationship.

Orbiting involves a person following you, liking your posts and maybe even engaging in a little cyber flirting, but never actually taking their suggestive behavior out of the realm of social media.

In the dating realm, a zombie is a ghoster who sometimes rises back from the dead, acting like a zombie.

Eclipsing happens when someone overhauls their own interests and even personality traits to adopt those of their crush’s.

With pocketing, someone keeps their partner separated from the rest of their lives, friends, family and social media. This occurs most frequently at the beginning of a relationship.

The movement towards dating sober, or ‘dry dating’, has been gaining a lot of momentum among singles.

Groundhogging involves going for your type of person or ideal partner over and over again while expecting different results. You end up feeling underwhelmed or see the same relationship issues come up again.

Gambitting is used to describe when someone micromanages parts of their date in order to construct the ‘perfect’ evening.

Now that you know what these terms from dating culture mean, have you experienced any of the above? If so, how did you handle it?